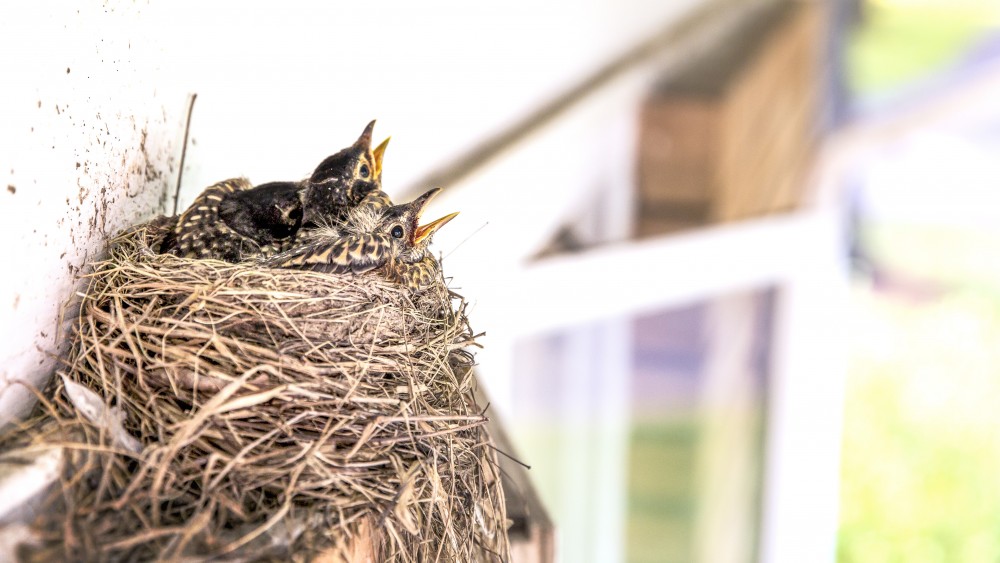 How a “Bird’s Nest” custody arrangement helped one couple gently ease their kids into divorce, while giving them time to address their own needs…

It’s our mission to help people better understand the process of divorce, to highlight the milestones and roadblocks people encountered on the road to the end of a marriage. In our ongoing series, we’re reaching out to people that have experienced separation and divorce firsthand to find out what they wish they had done, the major friction points and any regrets. Our hope is that by sharing their thoughts, we can help people going through their own separation or divorce.

Harry (not his real name, to preserve his privacy) dated his high school sweetheart for 8 years before they married when Harry was in his twenties. The marriage lasted nearly 15 years, and while we won’t share specifics of what led to the divorce, Harry was more or less blindsided when separation discussions began between him and his then wife. They were finally, officially divorced in 2012 and the ex-couple share full custody of their two mid-teen children. “We saw two different counselors, but it was mostly for my benefit,” Harry said. The first counselor session revealed the depth of his wife’s dissatisfaction, and the second session was a last-ditch effort, but Harry knew there was no saving the marriage. While Harry got some needed closure from the counseling, it was ultimately fruitless, since his wife had already checked out of the marriage.

After the initial separation, Harry and his wife shared a small apartment, each rotating between it and the family house, to try to maintain some semblance of normalcy for the two kids, while not needing to live under the same roof. This is arrangement is called bird’s nest custody and sees the parents making the weekly transition in and out of the primary residence, rather than the child going between two homes. It has become increasingly popular as divorcing parents seek ways to minimize the impact divorce has on their kids.

In Harry’s case his kids adjusted to the new arrangement quickly and neither Harry nor his soon to be ex heard any negative comments from them. A short reconciliation followed, but did not work out and finally, Harry moved out for good. The focus during this period was on the children, and fortunately, both agreed that shared time/custody was the way to go. The process, while not totally amicable, remained even-keeled when it came to the children. Harry also agreed to pay support for the family on a monthly basis, an amount the two of them worked out together without any outside assistance.

Initially, the divorcing couple went with a mediator. The initial 30 minute meeting with the mediator was free (Harry’s wife had found the mediator online), and the intention was to learn the most basic information about divorcing, what the mediator’s role would be, how they would divide things up. Since neither Harry nor his then wife wanted to fight, they thought the mediator could help them through the process and save them money. “I ended up reaching out to an attorney once I realized my employer offered legal insurance,” Harry said, which defrayed a lot of the cost. The employer had a list of attorneys to choose from, and while Harry didn’t feel they were the best attorneys available, the one he chose was serviceable (the attorney wasn’t overly impressive but did the job and the price was definitely right). It became obvious to Harry that while the divorce was mostly amicable, the attorney helped with things like the courts and the filing system, what documents needed to be filled out and when.

While Harry maintains that the legal process isn’t overwhelmingly complex, the attorney obviously knew all the ins and outs and helped speed the process along, which was the biggest help. His then wife stuck with the mediator and she paid for that herself. Harry stressed, however, that even with the attorney, he made sure to go through every document, line by line, page by page, to make sure everything was as he wanted it. Not because he didn’t trust his soon to be ex, or his lawyer, but because he wanted to maintain peace of mind. His recommendation:  “Don’t completely depend on the attorney. Take ownership of the process.”

While Harry doesn’t have any regrets about the process, his advice is simple:  “Our finances weren’t complex. We didn’t own a bunch of property or a lot of investments. So the process was easy for us. But the more complex the finances, the faster someone should consult an attorney. Talking to an attorney about the financial aspect is important, even if it’s hard.” Harry points to the support amount he and his then wife initially agreed to. Once an attorney was involved, that amount of support dropped significantly. “That didn’t make my ex happy, but the law was on my side.”