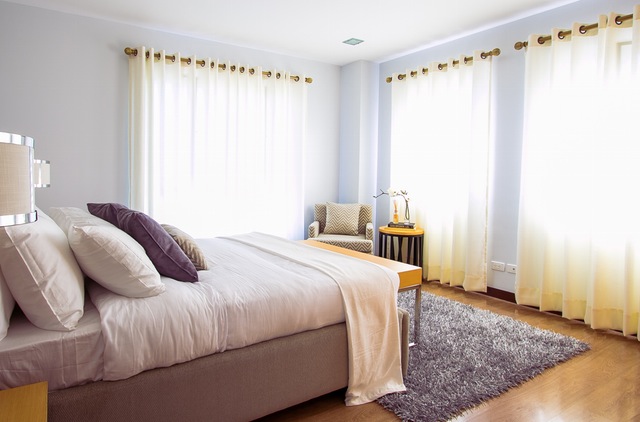 Why my Parents’ Divorce was the Right Decision

Growing up, my parents never made their bed.  I never thought about it.  I don’t make my bed either.  But what I never realized throughout my childhood is that both of my parents are natural bed-makers.  Who knew?  I certainly didn’t.  That is, not until I was twenty two, and my parents got divorced.

So who cares?  Their rooms were cleaner.  Their sheets were straighter.  Big deal.  But strange as it seems, I saw this simple act as a major sign pointing to why my parent’s divorce was the right decision – for everyone.

I grew up in a house full of love.  Family dinners, game nights, holidays filled with traditions.  My parents fought sometimes, but whose don’t?  I remember one fall around the fifth grade, being aware that my parents weren’t home for Halloween because they were at a marriage counseling retreat, but it didn’t really faze me.  They’d told me when I was little that they would never get a divorce, and as I was growing up, I never believed that they would.

But as I got older, I began to recognize that my parents aren’t just my parents, they’re people.  And they were two people who, despite wanting to make a marriage work, just weren’t compatible.  Saying that sounds very simple: they just weren’t compatible, and the truth is, it wasn’t simple.  The process of coming to that realization was incredibly painful; it was hard on everyone; and for some people, the healing process took years and is still underway.  But in spite of all of the pain, it was the right thing to do.

Two years after I left for college, after my mom had struggled to adjust to life as an empty-nester, it became unavoidably clear to her that she had fought to maintain her marriage of over twenty years, not because it was the best thing for her own happiness, but for everyone else’s.  She was faced with the painful choice of staying in a complacent, not-terrible-but-definitely-not-good marriage, or striking out on her own to look for something – a career, a lifestyle, a person, she didn’t know exactly what – that would fill a void in her life that her marriage never could.

The decision to go out in search of that potential happiness instead of settling for certain but familiar un-happiness is the bravest thing I’ve ever known my mom to do.  It may have hurt some people along the way but time heals all wounds, and it opened up the potential for both of my parents to move toward a better, more rewarding phase of their lives, both in terms of their relationships and the way they live day to day.  For myself, my sister, and the two young women who would ultimately become my step-sisters, even though we lost the version of the family we first knew, it created a space in our lives for a new definition of family that has been enriching and rewarding for all of us.  Throughout the divorce (and to this day), my mom had a quote posted on a whiteboard in her new home: “Sometimes good things fall apart so better things can fall together.”  Even though it’s painful, that’s what divorce has the potential to do, and that’s what happened for us.

She is now happily married to a man who loves and understands her in a way that my own dad was never able to.  And I’d always hoped, given time, once the hurting and the grieving and the sense of loss and bitterness had run its course, that my dad would find the same thing.  Someone who complimented him in a way my mom never had.  And I’m happy to say that recently he seems to have met that person.  Who knows what will happen in the future, but for now, all I know is that he works less, laughs more, and they spend as much time together doing things they both love.  And according to his new partner, their relationship is effortless.  That’s a word that never would have been used to describe my parents’ marriage.

Before they met these new people, the divorce forced my parents, terrifying and heart-breaking though it may have been at the time, to re-examine themselves from a perspective they never had to or were able to while they were together.  It provided space for clarity and self-knowledge that they had never come to while the other was holding them back.  As their child, that seems like an awful thing to say, but it was clear to me as I got older that even though they loved each other, my parents just weren’t right for each other.  Their personalities and communication styles didn’t complement each other (and were often downright contradictory), and they didn’t encourage the other to grow, expand, or evolve into their full potential.

In the wake of their divorce and separation, even though each of them was grieving in their own way, they both began to flourish.  They both became more social and active – hiking, biking, dancing, tennis, boating, water skiing, meditating, practicing yoga – a list of adverbs that never factored into their marriage, but, strangely enough, each of them had done separately before they met, and began again almost immediately once they were apart.  They were more complete versions of themselves separately than they ever were together.

And they both started making their beds.  It was a small step, but it lead to much bigger things, and I for one am glad they took it.